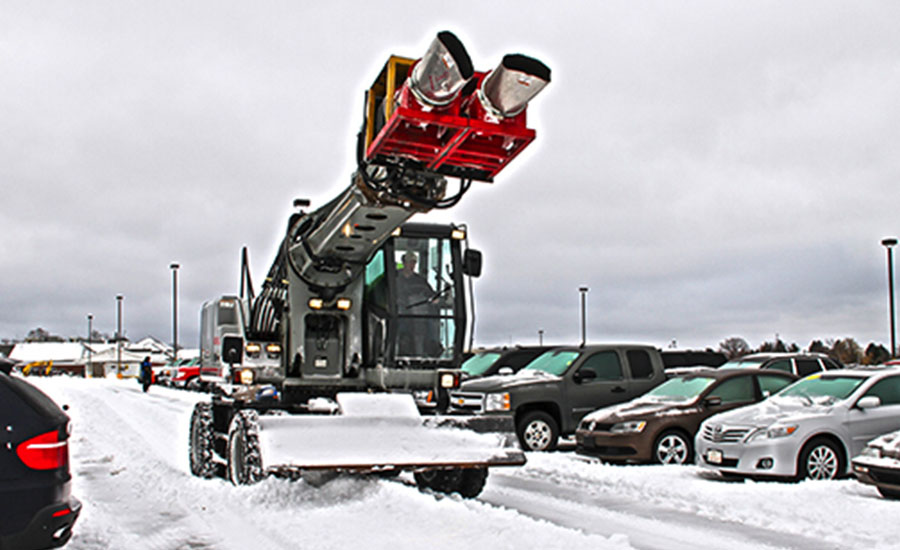 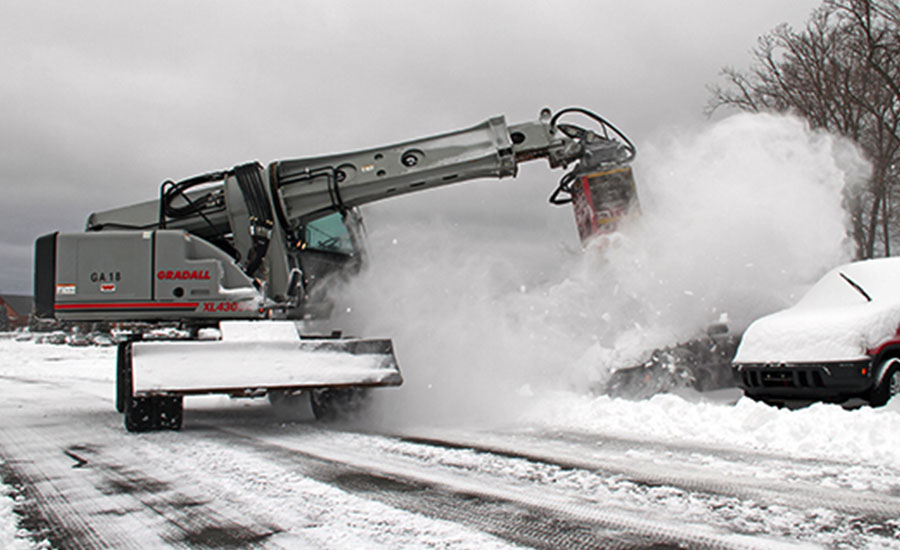 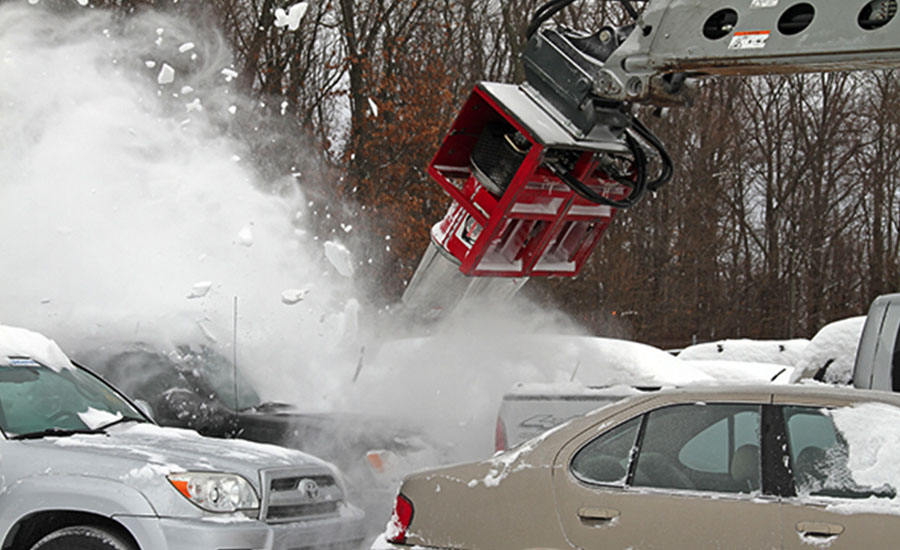 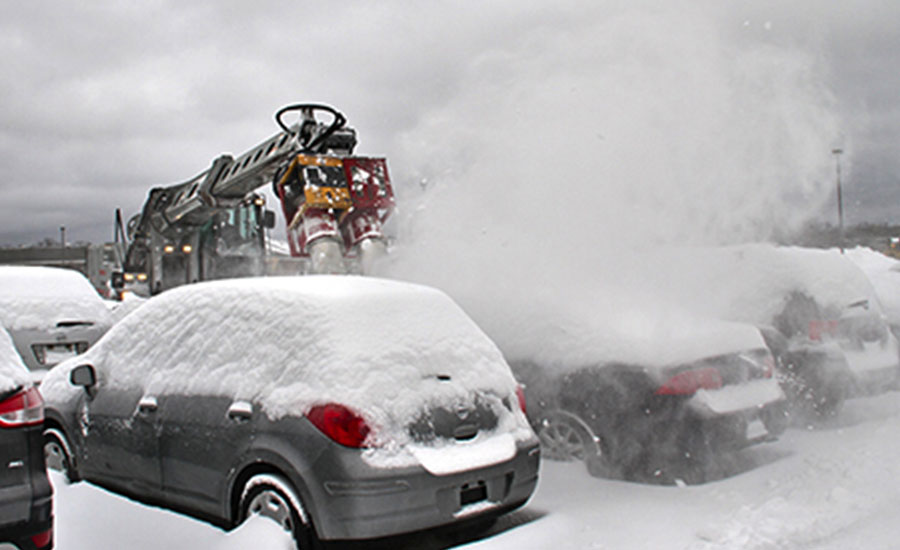 Southern Auto Auction in East Windsor, Connecticut, faces a monumental task every winter… how to remove mounds of snow that collect on vehicles that will move down the auction aisles. The largest independent vehicle auction in the country, Southern sells 4,000 to 5,000 vehicles at a rate of 1,000 per hour every Wednesday to dealer buyers who travel from throughout New England and New York State. Buyers want to see the vehicles they're expected to bid on, so in the winter, an efficient, massive snow removal job is necessary.

A pair of side-by-side turbine blowers are mounted on the end of the Gradall excavator's boom. Telescoping out and tilting 220 degrees, the boom effectively positions the blowers to remove snow from the front, rear, sides and the area around the vehicles while they are parked in the lot.

"We tried to do it with blowers mounted on a mini excavator on wheels, but the boom had too many pivot points and made it hard to clear snow without hitting the cars," said Jim Gillespie, operations manager for Southern Auto Auction. "The Gradall boom goes straight out over 12 feet and tilts the blowers, so it can work well from a good distance all the way around the cars."

Manufactured by Buffalo Turbine in Springville, New York, the blowers are powered by the excavator's hydraulic system using a flow divider to get maximum pressure. "They also take advantage of the Gradall's ability to move easily on all kinds of surfaces - everything from pavement to mud and snow," said Ron Cookish from C. N. Wood. "The machine can maneuver quickly, up and down the aisles of cars, in all kinds of weather, and because the undercarriage is so stable, there's never a need to stop working to lower outriggers."

Gillespie says they clear snow just about every day, not just on the Wednesday auction days - also using temporary workers with snow brooms. "Using people sometimes creates problems with slipping and falling, so we may decide to rent a second Gradall in the future," he noted. In the offseasons, C. N. Wood rents the same machine with different attachments to Boston area general contractors for road construction and repair projects. "The XL 4300 III is very popular in New England because of its ability to do a lot of different jobs," said Cookish. "But snow removal at Southern Auto Auction takes the machine's versatility reputation to an entirely new level."