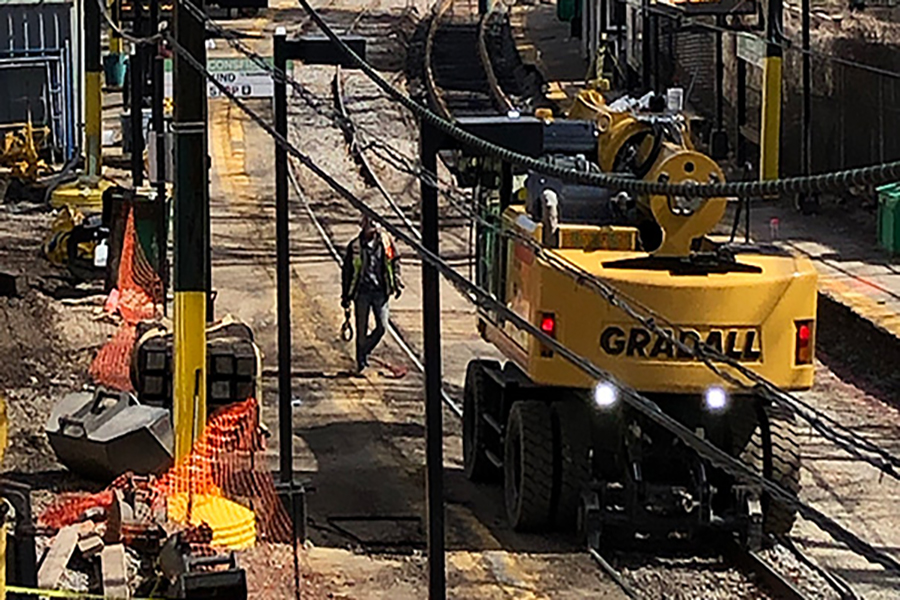 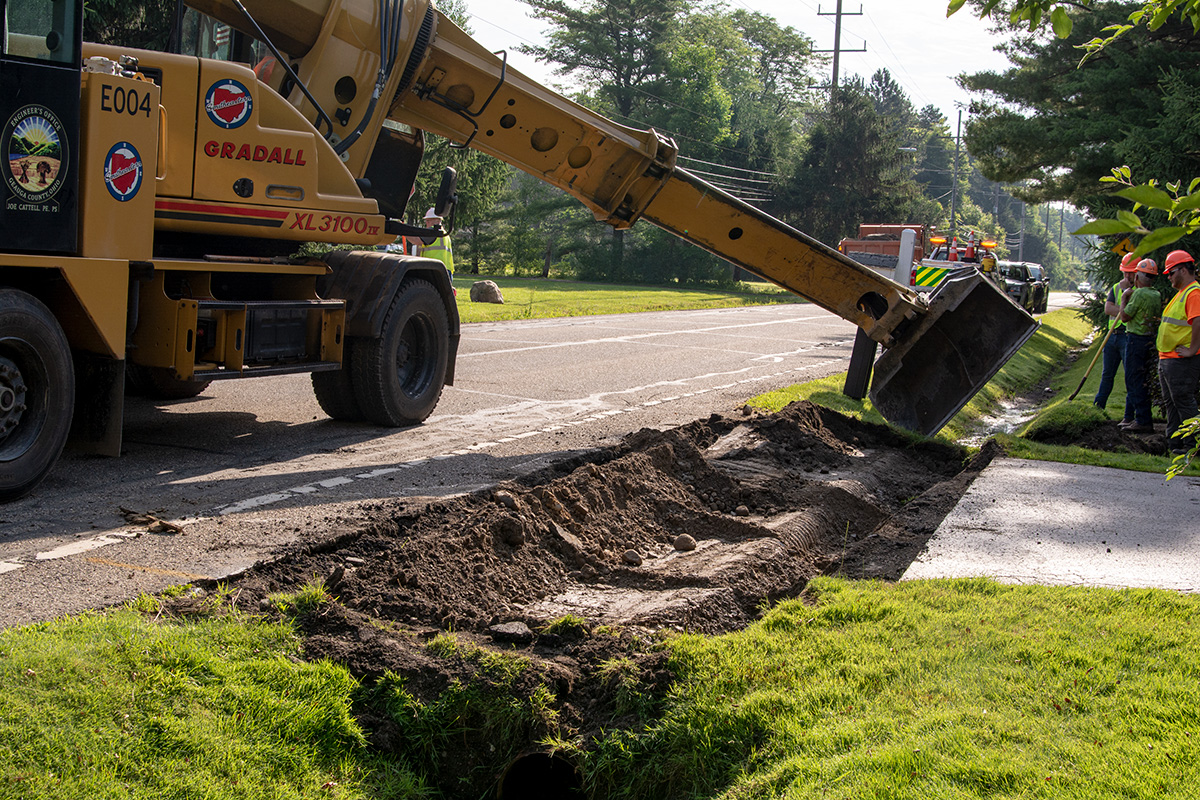 Geauga County, Ohio
Versatile Gradall fleet out working for taxpayers about every day 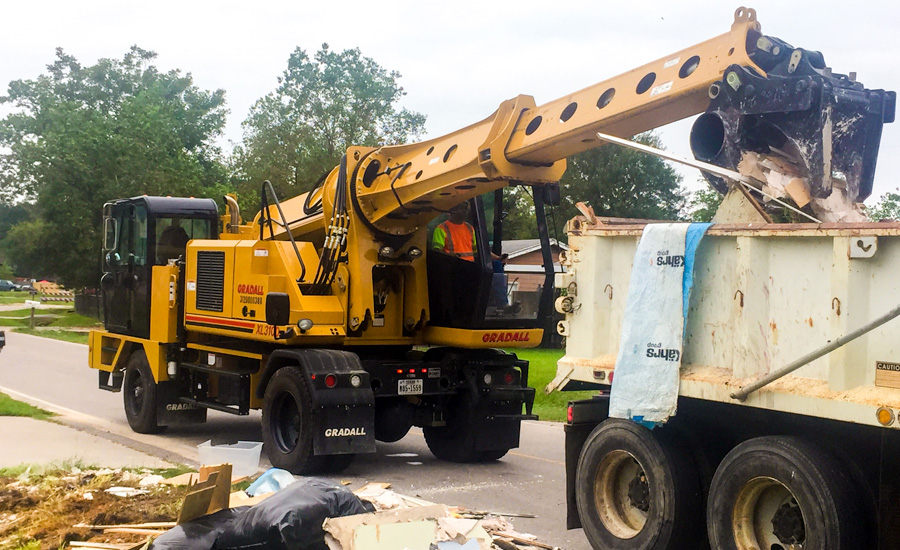 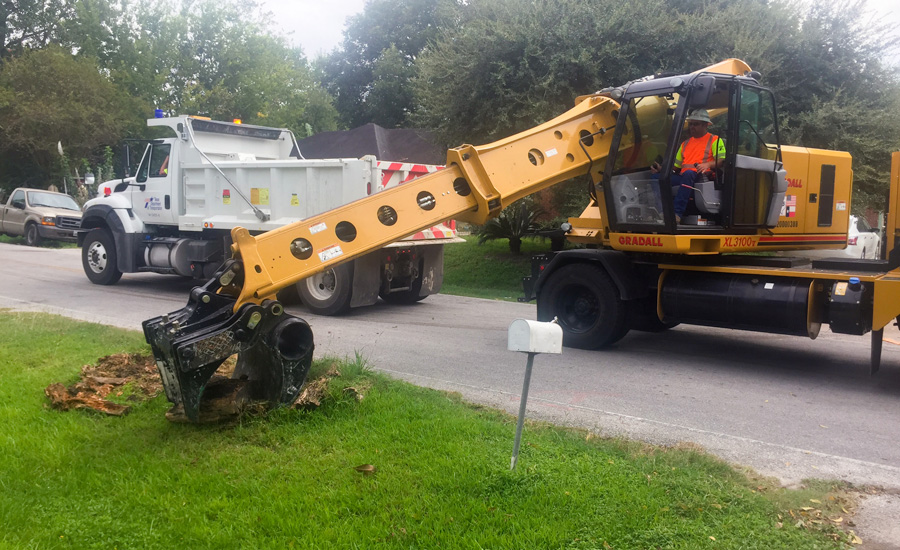 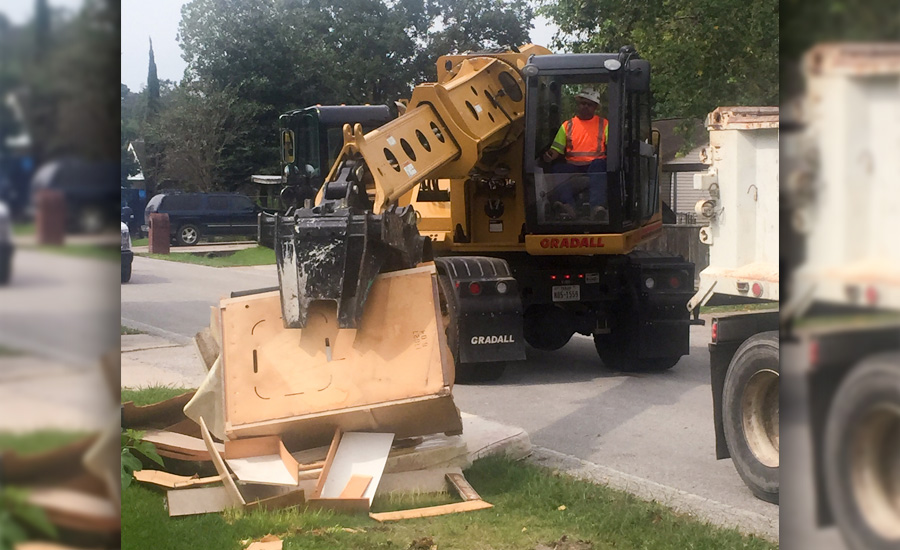 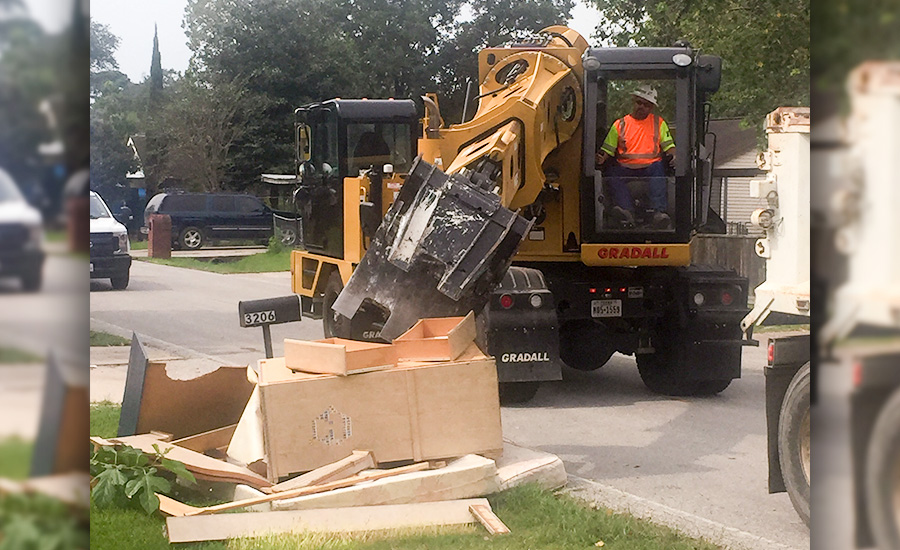 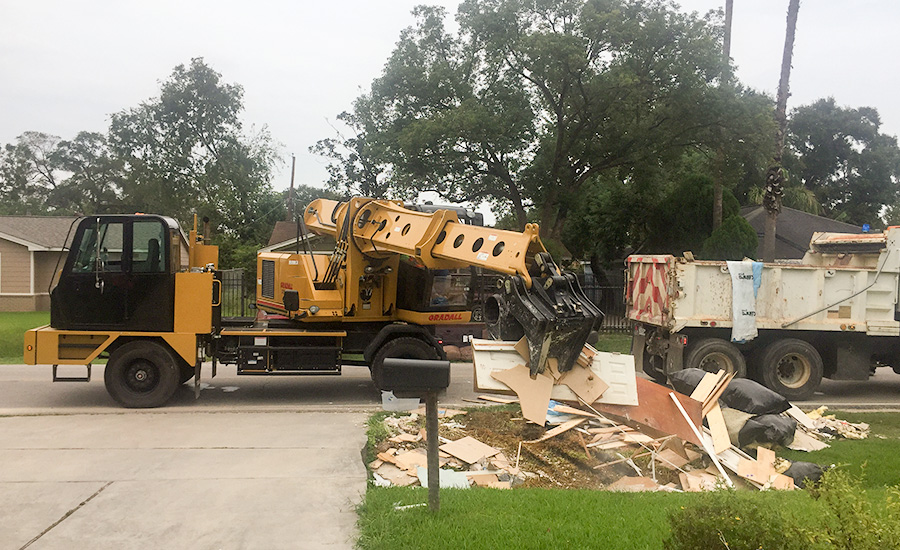 Emergencies happen, which is why special services teams are assembled in districts throughout Texas – each armed with equipment that can travel quickly to locations like the Houston area as it struggled to recover following Hurricane Harvey in September 2017.

Matthew Heinze, Austin District Special Crews supervisor for the Texas Department of Transportation, said his district was just one of several that responded to the coastal area with men and equipment.

Over a three-month period, his district rotated cleanup crews using three of its five Gradall excavators plus a fourth rented from Waukesha-Pearce Industries.

"We sent a convoy of highway speed Gradalls and other machines to Rockport first, and then to Harris County and Houston," said Heinze.

An estimated 19 trillion gallons of water had fallen in Houston, sending eight feet of water into the downtown area and flooding thousands of homes. "The cleanup effort was massive," said Heinze.

One XL 3100 Gradall model and two XL 4100 models, capable of over-the-road speeds up to 60 mph, moved quickly into the disaster area. The WPI machine was a new XL 3100 V model, also able to travel quickly and powered by a new Volvo Penta Tier 4-F engine. All of the Gradalls were equipped with grapple attachments.

"Mostly, we were picking up household material contents from curb strips," said Heinze. "Some of the homes had a couple inches of water inside, and others were completely under water. They had to tear out parts of the structures and most of the contents were ruined. Day after day, seven days a week, our crews picked up material and loaded it into dump trucks."

He said the Gradalls' full-tilting booms were able to position the grapple attachments so that they could efficiently pick up the furniture and material, which was in all shapes and sizes, and then turn it so that it fit into the truck beds.

Heinze's crews also had skid steer loaders and some other equipment on site, but preferred the Gradalls because they are highly productive, they can move around quickly and they have rubber tires that won’t damage streets. "They can also work in confined spaces," he said. "Basically, they have a truck footprint. In tight residential areas, it just wouldn't work to try to bring in a loader and a trailer."

Heinze, who has nine years' experience operating Gradall excavators, said the district has four dedicated operators who are busy every day handling road repair, vegetation control, tree trimming, drainage, canal maintenance and other work. "Some of our older operators have used competitive equipment, and they find the Gradall boom and bucket easier to control," he said. "Among telescoping boom machines, we only have Gradalls in Texas anymore." In fact, Texas Department of Transportation currently owns over 100 Gradall excavators. Another 14 were rented for Hurricane Harvey cleanup.