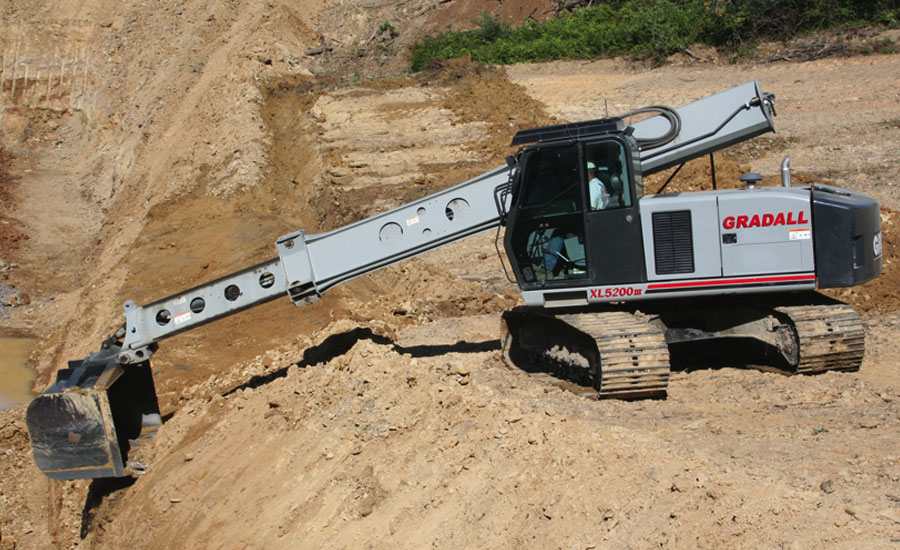 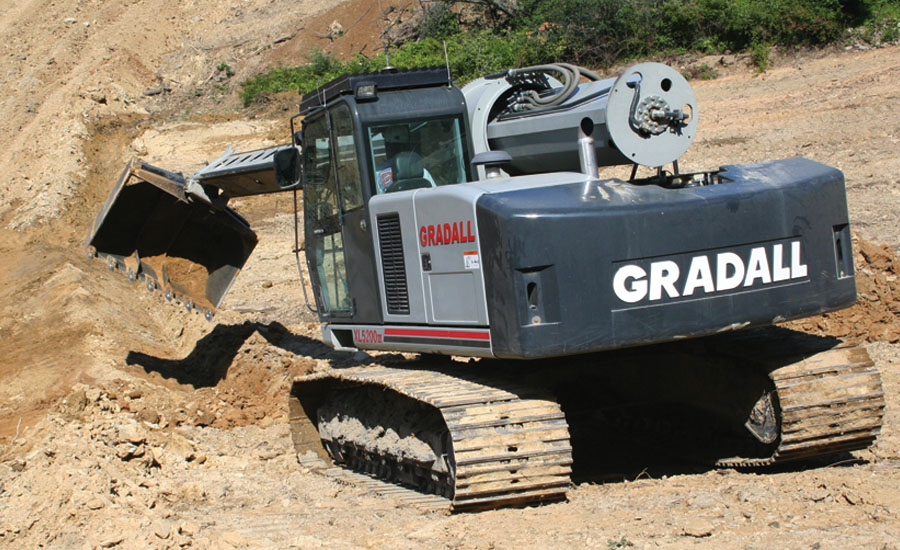 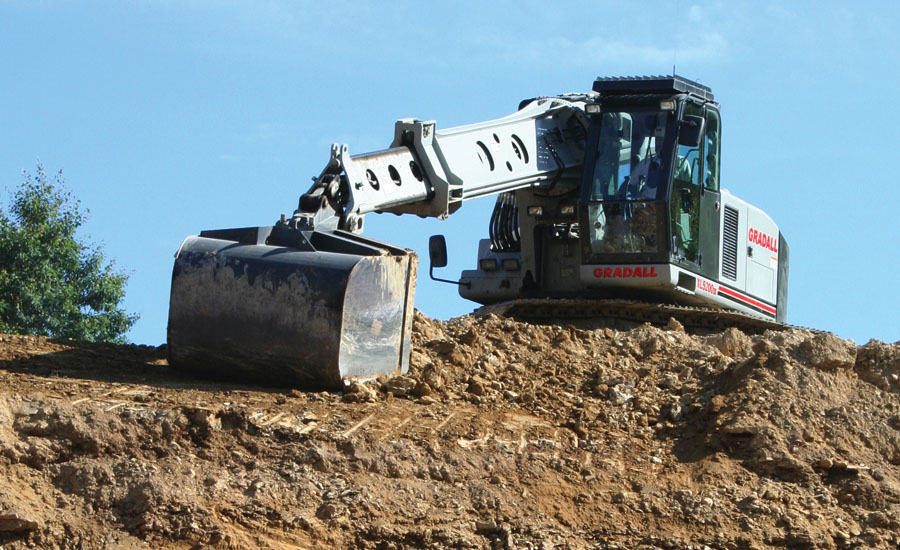 TJS Mining Inc. of Shelocta, Pennsylvania, operates successful coal mining sites outside Pittsburgh, as well as elsewhere throughout the state. The company requires versatile, reliable equipment for all types of mining including its auger drilling site in Indiana County, not far from Pittsburgh.

An XL 5200 III model, working to prepare the auger mining site for boring, is just the latest in a series of large Gradal excavators used by TJS Mining. Like its previous Gradall excavators, the XL 5200 III has a specially fabricated 72-inch excavating bucket with a capacity of about three cubic yards to help excavate massive amounts of rock and soil. Using the rugged Gradall boom and bucket, the machine scales off loose material as the pit is excavated 100 feet or more.

The XL 5200 III also is used to create a wide ledge part way down into the pit, to catch any material that may fall, thereby creating a safer working environment. The boom's tilting action also can be used to create a V-shaped ditch at the top of the pit to help divert rain runoff. For ditching, a special 36-inch ditching bucket also is available. Once the pit is excavated to a depth that can access the seam, coal is removed using an auger system that drills holes and extracts coal to a conveyor and then to a truck. During this process, the Gradall also is used to remove the coal from trucks in preparation for washing. "I really like the shorter tail swing on the XL 5200 III machine," said Gary Gaul, foreman on the site and the operator. "The new design lets us put a machine with very big productivity into very tight spaces, and the long crawler undercarriage is very stable."

TJS Mining also owns three more XL 5200 excavators, all equipped with the 72-inch buckets. "I've operated the others, but I've got to say the Series III model has a smoother operation," said Gaul.